I love it when a plan comes together, part 1 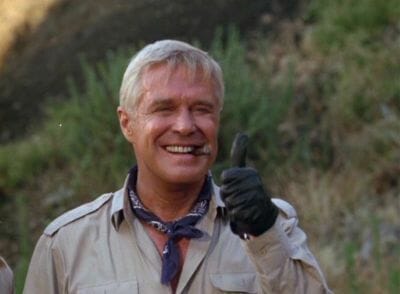 No plan, no cigar

As a child of the 80s, I spent many an hour in my formative years watching the likes of Knight Rider, Air Wolf and the A-Team. Others wanted to be the Hoff (and admittedly KITT was pretty cool) , but my preferred viewing was always the A-team.

While I wanted to drive the van like BA, what I really wanted to be was Hannibal Smith. Hannibal, in case your memories are a bit dusty, was the cigar toting brains behind the set up, the man with the plan. Ok, let’s not dwell on the intro story for too long here. A semi-automatic toting, chain smoking, jail busting criminal is probably not the ideal role model. (Irrespective of whether it was a crime he did or did not commit.) It was a different time.

The point is here, the A-team always had a plan. No plan, no cigar.

As we’re in the final stages of November we’re deep into planning season. For a commercial lead, the 2021 plan should now be baked in, or at the very least well towards being so.

While 2020 <insert obvious>, it’s tempting to just stay in doing mode and not take the time to zoom out and look at the next 12 months. Flip that on its head, given how tricky it is out there, more than ever it’s important to know where you’re applying your efforts and why.

Whether 2021 sales goals are coming back from losses, consolidating core client relationships or pushing on for new wins, the order of the building blocks for a commercial strategy remain consistent.

Start with the customer

It has to start here. If you don’t know who it is that you are seeking to motivate with your sales and marketing efforts then how can you hand on heart say that any campaign is being approached with thought behind it.

There’s a lot of emphasis that can be placed on customer personas at this stage. And I’ve got time for that, (there’s a useful guide on how to get started, relevant for any B2B business not just financial services) but personas are not the be all and end all.

Persona work only has impact when both of the following things happen:

Once we know who we want. Now we need to have a view of how many of them we want. This is pretty fundamental among sales goals, however it is not an exclusively a new business conversation. Relevant factors with current clients, can include target churn, uplift, MRR along with things like number of services taken. Combined, these can be crucially important to the bottom line. This especially so in markets that have taken a hammering and for which just hanging on to clients is a job well done 2021.

Whatever the market health, knowing how many clients you want is essential to knowing whether you are on track or not as the year unfolds. Unless the buying cycle and number of sales is that extreme end of big and slow, more detail is needed, the annual target needs to be broken down into typically quarters and months or even weeks.

Position to stand out

However as already discussed, just talking about the product = no cigar.

The way to win is to go back to the customer. And keep it simple. If the target customer is typically short on time, succinctly explain how you can save them time. If they are desperate for a new revenue stream, demonstrate how you can be an easy addition for them to resell.

The nuances of positioning are of course more difficult. There can be all sorts of forces involved from brand guidelines to conservative board rooms. If faced with push back against the more daring ideas have a listen to a bit of listen to Marty Neumeier via thefutur.

Now we’re talking about a plan within the overall plan: the content plan.

Building a content plan is all about pulling together all the work done so far. Creating collateral that appeals to the target audience, let them know that they’re not alone in dealing with their challenges, there is a better solution out there, their peers who are already using it, love it, and it’s the winning choice.

Again keep it simple. Make a long list of content ideas and then tag it as to where it can best sit on the buyer journey – Awareness, Consideration, Decision.

It’s important to get out of the habit of just talking about the brand itself. The first time a person comes across your brand they don’t know anything about it as yet and they certainly don’t care about it. Be part of industry debate, touch on challenges the buyer has in their world and point them towards some of the thinking out there that will help them. (Hint: this does not mean send them straight to your demo page. Not yet)

Once there is a conversation in play, now is the time to start introducing some of the benefits of going with you. We’re still not at spec sheets and T&Cs yet but we are starting to show how others are in better place from using the product.

And then later, while heading to the point of sale, the content can get more detailed all about you. That’s when testimonials, quotes, spec sheets and so on, can do the work to encourage the new customer to sign up.

Be part of the conversation

This is all about choosing the right channels. This is no small topic and could be a whole series of posts in it’s own right.

Keeping it simple, it’s about taking the conversation to where the target market hang out. A big red flag for me is when conversations about what to do start here. How can we confidently choose channels without a plan? Deciding spuriously to ‘be more on twitter’ in 2021 is not a plan.

Starting with channels = no cigar.

There’s many a more learned person than me who’s written with authority on this topic, this piece from the DMA is a good place to start. (And there’s also this oldie but goodie from Smart Insights with a long list.)

Executing a commercial plan and hitting those sales goals is not a process of hitting the big green ‘go’ button and then sitting back. The whole point of setting up tangible metrics is to keep the closest of eyes on progress as the year rolls out.

Customer churn higher than expected in Q1? Let’s speak to unhappy customers, look at trends in the reasons for leaving, understand what’s falling short and remedy it.

New business lead volumes down in April? Let’s review the most recent campaigns and pinpoint the under and over performing channels. Is it as simple as a broken CTA link? Is it the case that the messaging has run its course and needs freshening up?

Proposal conversion rate taken a nose dive? Let’s look at the winners vs the losers, is there a common trait? Has the sales team twisted the deck to the point it no longer has the original impact? Look for one product in the mix that’s no longer competitively priced.

Doing all the measuring and not taking action = no cigar.

And thinking that taking action is just telling the sales team to sell more (without also supporting change) = absolutely no cigar.

The plan has been signed off, what next?

These are the high level building blocks.

In itself, they won’t make a business any money unless it’s followed through on.

Part 2 next week will focus on the role of the Sales Manager. How can the sales team lead play their part in achieving the plan so it’s not left up on the white board but instead is actually happening in the real world.