I love it when a plan comes together, part 3 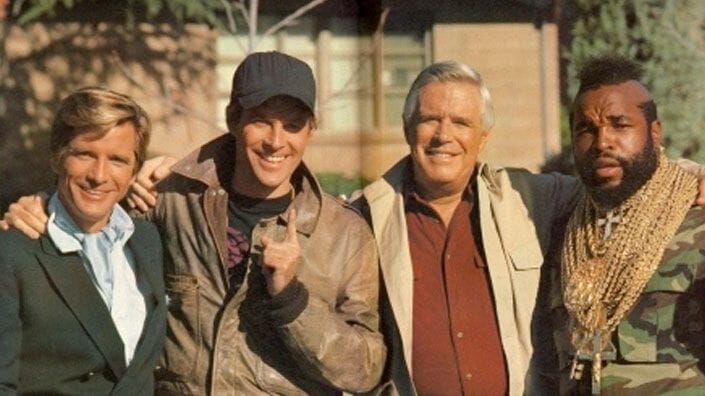 Welcome to the third instalment in this mini three part series

So far in part 1, the discussion focused on people with a customer first approach and in part 2, it was all about the kinds of processes that can help a budding new sales leader.

Part 3, yep you’ve guessed it; this one is all about technology. Specifically, sales crm tech.

CRM and sales are not always a match made in heaven. I’m a huge advocate for CRM for sales. I disagree with those who say they are ‘too busy’ to use CRM.

Done right, having the sales team using CRM properly is

Bottom line is this. Use the technology.

Let’s talk tracking and managing opportunities within CRM. This is where a ‘keep it simple’ mantra comes to the fore. Overly complicated pipelines with many stages don’t serve any purpose other than to confuse across the business.

It starts with leads. A lead is in the target market, someone who would benefit from buying your stuff, but hasn’t yet indicated in any way that they are interested. There is no opportunity as yet.

A common mistake is to move leads to opportunities too early.

Oh yeah, they said they would have a demo call, I sent them the invite, they haven’t accepted.

That is still a lead and not yet an opportunity.

Why set the bar higher like this? Because if you let all these leads through and onto the opportunity board, there is a huge danger it will give a false sense of security that all is well on the sales front. Leadership sees all these sexy names on the board, possibly with some fanciful fee next to them and they extrapolate the numbers into a projection of making millions. And you know, it’s all pie in the sky.

Don’t let that happen, no one comes out well from that!

Set a clear criteria for creating an opportunity

Lay down a clear bar for what has to happen for a lead to move forward and become an opportunity.

How to do that? If we’re keeping things simple, start by using the basic BANT methodology. Budget. Authority. Need. Time.

For sales CRM, an opportunity must meet only 3 of these 4 criteria. For example, we’re speaking with the person with authority, there’s a clear challenge that needs sorting (by you) and it has to happen by date X or all hell will break loose. However, there’s no available budget. That constitutes opening an opportunity and working with your prospect on justifying the business case to get the budget.

There are good arguments for saying BANT is an outdated approach (see Bob Apollo’s comments on MEDDIC for example) and for improved sales questioning/qualification when on the phone, I agree.

However, for simple pipeline management I believe BANT still has a role to play.

Is it worth it? Let me work it

We’ve opened an opportunity. Now it’s time to work it. And as we do, it’s important to track its progress.

Keep it simple. There’s a real temptation here (especially in tech businesses) to have a multitude of stages to cover every possible permutation. Take a step back and consider what this is all being done for. As a sales rep, it’s to know your own deals and what to follow up on next, as sales lead it’s that overall picture of deals coming through and picking up the problems, and for business leadership it’s essential to budgeting, projections and planning.

If that’s the overall goal, then what is called for is a small number of clearly defined stages and a focus on time in stage (more of that in a moment.)

Having only 5 stages may seem lacking nuance. But if we’re really honest with ourselves, we’ve either sent a qualified proposal or we haven’t. Any non-qualified proposal has, by its very definition, too many question marks hanging over it and could potentially swing the commercial projections far away from reality. Keep it simple.

Time really matters with sales. In this context, time in stage is an important metric for our budding sales leader to keep an eye on. With a smaller number of stages it is easier to spot deals sticking. A process to put into play could be as simple as setting up an automated message the moment a deal has been more than 14 days in a given stage. Go and talk to the sales rep and find out what’s going on.

In part 2, I talked though the kind of processes that a new sales manager could put in place to help foster a positive team set up. The good news is that this can take you 90% of the way to success. That leaves a mere 10% being the product of moments of inspiration. In sales, these are the moments when experience shines through in knowing what to say (or not often not to say) in order to get a deal over the line.

If we’re marking down inspiration as 10% of the recipe and the other 90% as being dealt with by process and backed up by technology, then we’re really weighting the pack in our favour of what outcomes we can control.

And that is a good thing.

To quote my childhood hero, Mr H Smith, ‘I love it when a plan comes together.’