Staring into the sales abyss 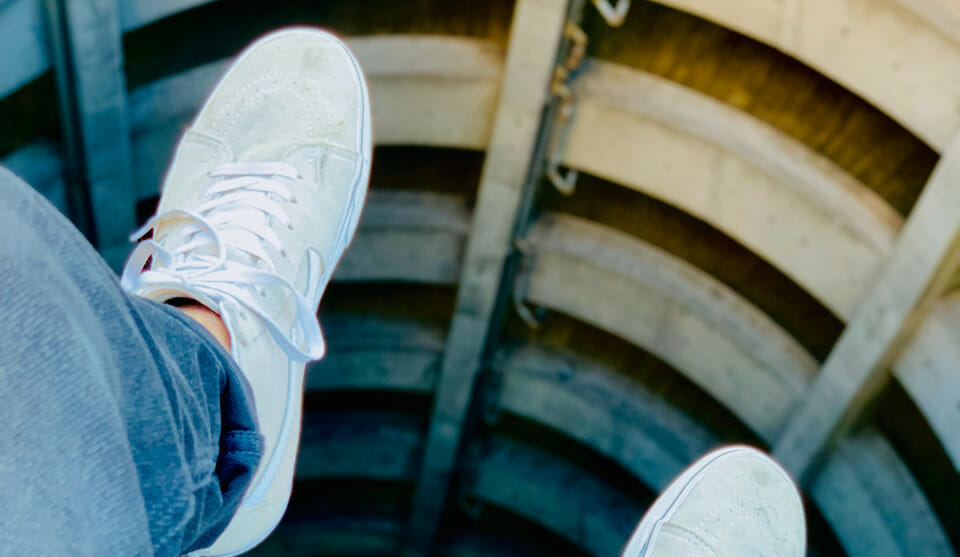 Dare you stare into the sales abyss?

When it comes to sales, Nietzsche had it wrong. The sales abyss is not bottomless, it won’t lead to existential torture, there is a way out and there are no monsters lurking.

Let me set the scene. As a sales manager you’re tasked with taking a new product out to market. You know your target market, you’ve identified your personas and you know what makes them tick. You’ve been through the product, you know not just who it helps but how it helps and you know your ‘so what’s’ – you are ready for the objections and you have the answers.

Now that’s all great. Commendable even. But unless from a previous life you have the most killer black book of contacts ready to go then what happens next is you need to build the desk.

And building a desk in B2B always involves staring into the abyss.

OK, let’s get back to being that sales manager.

A few weeks into getting out there you could be several hundred phone calls deep. In addition to getting on the phone, you’ve given it the full modern multi-channel sales manoeuvres: the linkedin groups, the comments on the threads, the follows, the shares, the follow backs, all that stuff.

And then there’s been the fun with the gatekeepers, the voicemails, the carefully crafted three touch email campaign alongside the calls. The next thing you know you’ve gone in for sending specific messages to that guy in the big corp who has opened the marketing email 17 times. (Who does that?) You might have even busted out the big bucks with some Sales Nav credits.

And you know what? You are getting nothing back. NOTHING. (And no, hard bounce email fails do not count as a response in this game). Not one single reply. Not even a polite ‘no.’ Not even an impolite ‘no.’

It is at this moment that you find yourself staring into the inky black silence of the sales abyss.

The first time I found myself here it felt awful. I felt I was a failure. I felt I was doing it wrong. The second time, it felt pretty rubbish but I remembered something similar happening before and I ploughed on.

And, my plucky sales comrades, here is the crux. Ploughing on FTW.

One of the consequences of setting up on my own and working on behalf of clients is that I’ve had to roll the sleeves up again and do the most basic of new business tasks. I’ve had to build the desk. It’s meant that not once but now 3 times in the space of 12 months I’ve had to stare directly into the sales abyss.

It’s not been scary. It’s been like visiting an old friend. Because I know it’s part of the process. It means things are being done right.

Don’t fear the abyss, embrace it.

The abyss doesn’t last forever. Eventually, things start to happen. It starts with just one reply. Even if it is a ‘not right now’ or a ‘we’ve just been through a selection process,’ it doesn’t matter, what this tells you is the message is getting to the people that matter. And slowly but surely the frequency increases and the dialogue progresses. What in week one might be two short ‘no’s’ could easily be four booked demo’s three weeks later.

The key thing is to keep going. And improve. Learn from every reply, learn from every phone conversation of substance. Use that learning to alter the pitch, tweak the language, focus on the aspects that you get told really matter.

I’m going through this right now while on a learning curve with renewable asset management infrastructure. Just this week I had a conversation where the type of businesses I was referring to were called out in context as ‘investors or developers’ in the particular context. Next call I said investor and the person instantly understood. I was talking their language. I was in their world. Simple, tiny steps, but this is what can make the difference when striking up a new relationship.

Because the other thing about sales that you don’t get told in sales 101 is that it’s hard graft. If it feels hard, you’re probably doing it right.

When I ran teams of Sales and Account Managers I was only too delighted when everyone started running out of steam at 3pm on a Friday and had enough. That told me the graft had gone in that week. And the best solution was often to down tools. (At Sift, Brewdog Fridays became the stuff of legends.)

Now I’m not saying every Friday should be down the local (COVID permitting) because sometimes it’s the end of quarter and it’s all hands to the pump. But if your sales team are regularly finished from 3 on a Friday, I say that’s a good thing. Be wary of the sales rep banging in the calls 4-5pm on Friday, they are probably doing it out of guilt for not putting the graft in during the week. I say this with conviction because 9 times of 10, I was with the pub crew but just sometimes I was that person. Don’t be that person.

In summary my sales friends, don’t fear the silence because it will end. The sales abyss is not the end. Keep ploughing on, take every opportunity to refine the message and have the confidence that it will come good if you put the work in. Be kind to yourself.

Any cookies that may not be particularly necessary for the website to function and is used specifically to collect user personal data via analytics, ads, other embedded contents are termed as non-necessary cookies. It is mandatory to procure user consent prior to running these cookies on your website.